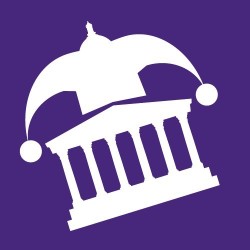 Join UCLU Comedy Club's Blank Slates for an hour of thrilling improvised comedy, as they follow the story of a young superhero on their rise to glory. ***** (Pi Media). Then, UCLU Comedy Club's sketch troupe, The Gower Line return for another year of 'fast paced madness' (Pi Media) as they navigate the troubles of modern relationships, satanic suburbia and good old-fashioned murder. 'Refreshingly silly and very clever' (BroadwayBaby.com).

When darkness falls on the city of Edinburgh, and villains rise from the shadows, who can we trust to save us? Don't ask me, but you can at least trust The Blank Slates to provide an hour of thrilling improvised comedy. Comedy newcomers and veterans team up to entertain you by creating short scenes based on your suggestions. What will happen? There's only one way to find out.

The Blank Slates may not be the heroes Edinburgh deserves, but they are the comedians your evening needs.

Having received rave reviews at the Edinburgh Fringe last year, this is an improv troupe that is not to be missed!

Watch as UCLU's premier sketch troupe The Gower Line navigates the troubles of modern relationships, satanic suburbia and good old-fashioned murder. Facing problems, perils and pedantry the likes of which you can't imagine - not even in those weird dreams you keep having.

UCLU's premiere sketch troupe offer their latest showcase which is guaranteed to delight, entertain and perhaps even amuse.