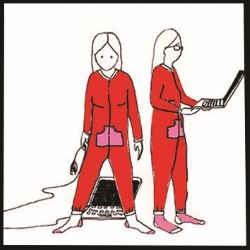 Two women live alone in an attic, never leaving the confines of those four walls. Living away from society the two have formed their own specific way of communicating, their own daily rituals, which though simple in task, are inexplicably unachievable. Completely isolated from the world their only connection outside is via Amazon.com, where they order things to keep themselves entertained. Every day is much like the one before, except today: an audience surprises them. How will they react?