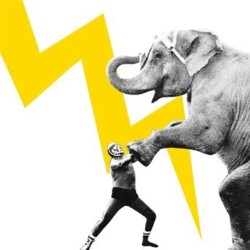 The Wrestling returns to the Pleasance Grand, with a main event of epic proportions. No teams, no captains, no allies - it's all against all, as 20 wrestlers and comedians go to war in an over-the-top-rope Battle Royale to crown the first ever Champion. One night only. Book now. 'Genius' (Times). ***** (Chortle.co.uk), ***** (Fest).

Aisling Bea, Lou Sanders, Joel Dommett, Tom Parry, Mike Wozniak and Joe Lycett have all been announced in the line-up for The Wrestling - putting their bodies on the line in the squared circle! Also announced, Brendon Burns and Andrew Maxwell will once again be on hand with live commentary, Nick Helm is back as The Ring Announcer and Matthew 'The Pacificst' Crosby as the roaming reporter - with more names to be announced soon.

The Foster's Edinburgh Comedy Award Panel Prize-winning sell-out spectacular The Wrestling returns to Edinburgh for 2015 in another battle for the ages, as comedians and wrestlers once again go head to head in the ring. After a smash-hit debut at the 2014 Melbourne International Comedy Festival, The Wrestling will return to its spiritual home at the Pleasance Grand on August 18th.

The Wrestling is the brainchild of Foster's Edinburgh Comedy Award Best Show & Barry Award-nominated sketch duo Max & Ivan. At the age of 15, Max Olesker became the youngest professional wrestler in the UK - the high-flying 'Max Voltage' - and in 2011, alongside partner in crime Ivan Gonzalez, they combined punch-lines and clotheslines for the first time, to universal acclaim. This year, they bring The Wrestling back to Edinburgh for the third time, in what promises to be another almighty night.

For the first time ever, this year's main event will be a spectacular Battle Royale match. There will be no teams, no captains and no allies - it's all against all, as 20 wrestlers and comedians go to war, and only after 19 entrants have been thrown over the top rope will a Champion be crowned. The night will also see the culmination of the bitter, 5 year-long feud between Max and Ivan themselves, as they go head to head in a one-on-one grudge match.

2013's The Wrestling II featured rival coaches Ardal O'Hanlon and Tim Vine (as the evil Dr. Pun-Ishment), and saw comedians including Tom 'Explosenthal' Rosenthal, Angelos Epithemiou and The Boy With Tape on His Face do battle with the world's best professional wrestlers. Comedians to take to the ring in The Wrestling in Melbourne included Sam Simmons, Ronny Chieng and Matt Okine.

The Wrestling won the Foster's Edinburgh Comedy Awards Panel Prize and was named Chortle's Best Show of 2011, going on to be nominated for the Innovation Award at the Chortle Awards 2012 - achievements that more than made up for the broken ankle Max sustained during the event, when somersaulting fifteen feet onto the floor.