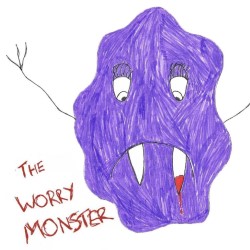 Since he was a little boy, Raymond has been followed everywhere by his Worry Monster, a purple blob that one day he always hoped would pop but never did. He wants desperately to paint and to be free, but wherever he goes, his purple companion is never too far away. This fast-paced show uses comedy, puppetry and lots of cardboard to portray one man's struggle with anxiety and paranoia.