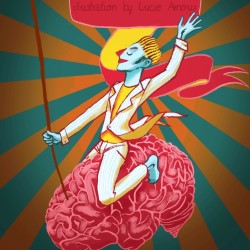 Doctor Faustus meets Rocky Horror in this new dark comedy rock musical. An on-the-rocks couple are offered a fast track to happiness by their other-worldly therapist, Quentin Dentin. How much will they sacrifice for self-improvement? This hilarious cautionary tale for the medication generation features a live rock band, real spaghetti and a full chorus of fish, friends and lemons. Described as 'a sadistic delight' (LondonCityNights.com), The Quentin Dentin Show is a surreal and insightful punk-rock journey into a world of mental health and assimilation. Bring in the Brain Machine!