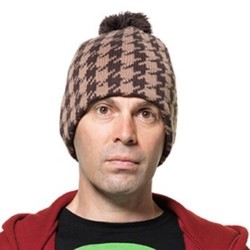 When death looks you in the eye, whom do you turn to? Your psychologist? God? Or Lance Armstrong? Reflecting on Daniel's real life (and almost death) experiences, The Orchid and the Crow is a solo performance that features original songs from the award-winning writers of Die Roten Punkte. 'Whip-smart, hilarious and deeply moving.' **** (Age). 'Daniel Tobias' Orchid and Crow turns divine vengeance into comedy gold' **** (Sydney Morning Herald). 'A riot of entertainment. Sharp and big-hearted' **** (Time Out). 'Wise, generous and blackly funny. If we gave stars, this would have a fistful' (Australian).