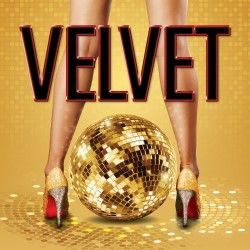 Sexy, spectacular, sparkling (and a little sadomasochistic). Velvet completely redefines cabaret as a disco inferno that shocks, surprises, scintillates at every turn. A party - funky, fresh, fun, sexy. The must-see show of the Fringe! Astonishing hit of the Adelaide Fringe 2015. An electrifying trip to a world of glamour and abandon including vocal, dance and acrobatic stars. Leaves the audience stunned and awestruck. A fantastic experience of sensory overload that gets not only a standing but boogying ovation. This is a stunner of a show, nothing but an endorphin rush!