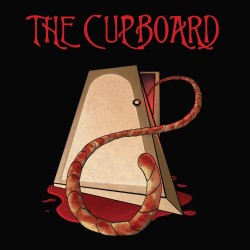 Do you ever think about cupboards? Probably not... but we do. Rat 333 escapes the underground and resurfaces in the delightfully macabre world of The Cupboard, a place of mystery, music and murder. She is welcomed by an array of kooky characters including Righty the boot, Fray the rope and Sweeps the broom. But the frivolities cannot last forever and what appears to be a fantasy quickly descends into madness. A dark comedy shortlisted for the Les Enfants Terribles Award 2015.