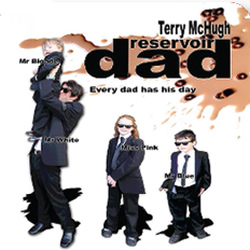 Terry McHugh brings his highly successful 2014 show back for one last run. Join him as he takes an irreverent look at the joys of fatherhood and tries to prove that, every dad has his day.