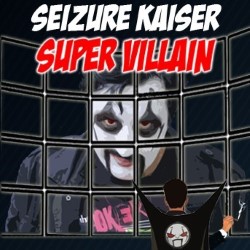 If you could take over the world, what would you do? Arriving from Australia with an appetite for destruction, witness this hilariously horrible Super Villain, Seizure Kaiser execute his evil plan. Come say hello to the bad guy! An outrageous and hysterical comedy show that deals with the world's problems with a pull of a trigger, even though that trigger happens to be a death ray, muahahaha. See this sell-out smash hit from the Sydney Fringe festival, (runner-up People's Choice Award), a must-see show for comic book fans, full of pop culture and comic book references.