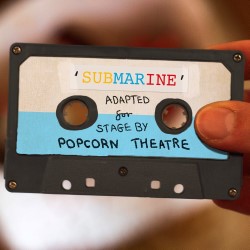 Fifteen-year-old Oliver Tate is torn between rescuing his parents' slowly deteriorating relationship and luring pyromaniac girlfriend Jordana Bevan into falling in love with him and falling into bed with him. With his mother's mystic ex moving in next door and his father's battle with depression, Oliver is left with only an advanced vocabulary and near total self-belief. Losing his virginity or saving his parents' marriage? Which will prove more important?