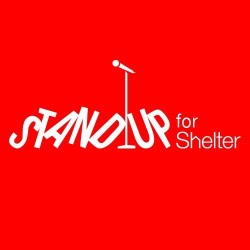 Stars from the world of stand-up - including Irish funny man Tommy Tiernan and critically-feted character comedy duo Max & Ivan - are coming to the Edinburgh Fringe in aid of housing and homelessness charity Shelter.

In the follow up to 2014's hugely successful Stand Up For Shelter, other award-winning acts lending their support to the charity include Simon Munnery (also known as his characters 'Alan Parker: Urban Warrior' and 'The League Against Tedium'), Sarah Kendall (Perrier Award nominee 2004), Absolute Radio's Christian O'Connell and 8 Out Of 10 Cats regular Rob Beckett.

The show will be hosted by Alun Cochrane (Perrier Award Nominee for Best Newcomer 2004).

Every ticket sold for Stand Up for Shelter will support the charity's work to help families and individuals struggling with bad housing and homelessness. Every year, Shelter Scotland helps half a million people in Scotland.

Multi-award winning Tommy Tiernan, who has featured on The Late Late Show with David Letterman, says: "Always a thrill to go to Edinburgh but what makes it extra special this year is to be able to do a gig for Shelter. I hope that the gig in some small way provides some assistance to those living on the edge of society."

Graeme Brown, Director of Shelter Scotland, said: "We are excited to have some of the hottest names in comedy coming together at the Edinburgh Fringe to support our work. It's no laughing matter that on average, almost 100 households in Scotland make a homelessness application every single day. The money that Stand Up for Shelter raises is vital in allowing us to continue our work of helping those affected by the country's housing crisis."