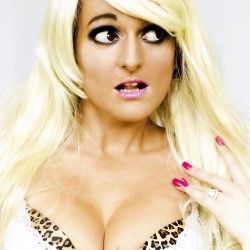 An Essex princess, a posh Soho vlogger, a mediocre athlete and a West End legend - following 2014's (minor) Edinburgh Fringe hit Defying Gravity, Sooz Kempner (Funny Women Variety Award 2012) is back with four characters, all women who believe they are making their mark on the world. Warning: will contain singing. 'Kempner's incredibly infectious smile holds the attention for an hour without any lull, building up to a stunning finale where she really shows off her lungs. This is a woman who belongs on a stage' **** (Chortle.co.uk).