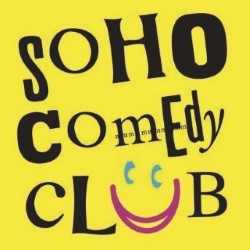 An hour and a half of top-quality comedy by the best acts at the Fringe chosen by London's famous Soho Comedy Club, rated by Time Out as one of the Top 10 Best Comedy Clubs in London. The line-up changes daily, featuring 4-6 comedians and Soho Comedy's house MC David Mulholland. **** (Black Diamond FM).