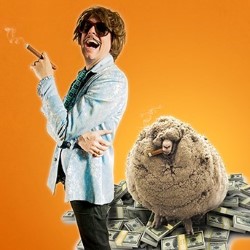 Straight out of the Slipper Room, New York City's legendary variety theatre, comedy master Mel Frye takes you on a wild ride through his long and storied career. A joke writer to many of the greats of the golden age of comedy, he's been performing on stage and screen for nearly a century. Sharing material collected for his upcoming documentary feature, Mel takes you on a journey through the history of showbiz as seen by one of the last performers who was really there. Expect to laugh until it hurts.