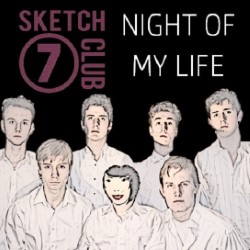 Already well received in London, Sketch Club 7 present Night of My Life, a show that deals with the most serious issues like: what is an Aldgate? and is Eric Pickles the son of God? Sketch Club 7 are a group of young actors and this is their first show at the Fringe. Contains swearing and small parts (not small actors).