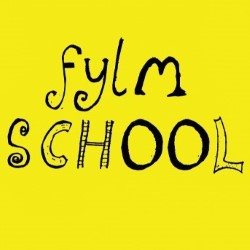 Comedy meets maverick cinema as Simon Munnery - 'one of the funniest, most original comedians of the past twenty years' (Guardian) - introduces the Fringe's finest, most daring comedians to a camera, projector and screen. Different special guests join Simon daily in this hit, monthly London night - see online for line-ups. 'Surreal, whimsical and always inexplicably hilarious, this innovative show proves that there's more to comedy than one man and a microphone' ***** (ThreeWeeks). 'It's a lot of fun' (Time Out). www.pay-what-you-want.info

Taking a break from its monthly residency at London's Soho Theatre, Simon Munnery's unique comedy show ventures north of the border for a full run at the Fringe. Simon plays role of host and fylm director, introducing top-name special guests every evening to a camera, projector and screen.

Simon and his guests are tasked with performing bespoke, experimental sets to camera, while sat at the back of the room unseen to the audience. The results are playful, highly visual performances incorporating props, live music and multimedia.

Simon's 29-year stand-up career has seen him regularly perform all over the world and star in several of his own major television and radio projects. He is best known for his character creations Alan Parker: Urban Warrior, Buckethead and The League Against Tedium; his genre-bending innovations such as La Concepta (an interactive conceptual restaurant show) and his TV/radio projects such as series BBC2's Attention Scum, Radio 1's League Against Tedium and Radio 4's Where Did It All Go Wrong?