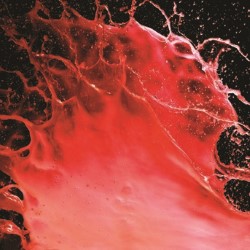 Shocking secrets and consequences of online grooming, alongside the joys and pain of adolescence unfold in this dark romantic comedy. Is this the reality of growing up in a digital world? You decide and watch as the secrets unfold before your very eyes. Jess Walters' new play is a dark romantic comedy that showcases seventeen actors whilst a multimedia, physical theatre and captivating chorus align, underpin and bring forth three complex journeys illuminating the dark potentialities of coming of age in a digital world.

Investigate the complexities of being not quite a child nor an adult, and the secrets that encompass us all. A shocking exposure about the realities of being a young person existing in an ephemeral digital world and the dangers therein. Explore the complexities of teenage life and online personas in this captivating work about the dark potentialities of coming of age in a digital world.

This Edinburgh Festival Fringe debut play from Jess Walters, a playwright for The Royal Court, Hampstead Theatre and the Birmingham Rep Theatre, was written in association with the company. A performance that combines multimedia and physical theatre in a captivating new light.

Jam Productions is dedicated to producing new and innovative work. The company aims to work with a teenage cast and crew and help them develop the skills needed to follow careers on both stage and screen. Directed by Sam Mitchell, the company is formed from some of the UK's most talented young actors.