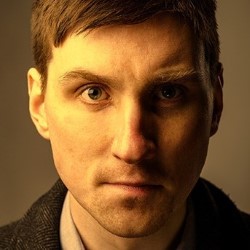 Another calamitous year. Another hour of blisteringly funny stand-up from a man 'on the cusp of far greater recognition' (List). 'The best comedian you haven't heard of yet' (Mark Watson, Time Out). 'At once hilarious and painfully revelatory' **** (Chortle.co.uk). 'The stand-out stand-up' (Evening Standard). 'What a genuinely fresh and powerful voice... It is wonderful' (Scotsman). 'Sean McLoughlin has "it" and is more than willing to continuously punch it in the face' (Doc Brown). Nominated by fellow comedians for the Best Performer Barry Award, Edinburgh Fringe 2014. Tour support for Katherine Ryan and Doc Brown.