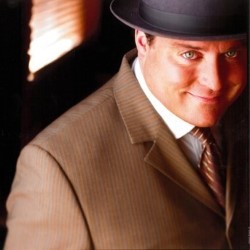 I have returned. Briefly! No, those aren't the words of General Douglas McArthur in the Philippines. No, it's award-winning comedian Sean Cullen in Edinburgh for one night only. He will never liberate the Philippines but he's a lot funnier than McArthur who was by all accounts a sour a-hole. Come see the comedic music, improvisation and weird that made him a legend at the Fringe. 'If you've seen him before, nothing will keep you away. If you haven't, see him as a matter of urgency!' ***** (Guardian).