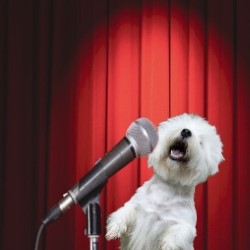 Sell-out in 2012, 2013 and 2014, and a big hit at Adelaide Fringe. Nominated for the comedy award at Fringe World in Perth. Hosted by one of Scotland's finest comperes, Gus Lymburn - 'charming and disturbing in equal measure' (Entz24.com). A one-hour show featuring three of the best Scottish acts at this year's Fringe for less than the price of one. Guests in previous years have included John Scott, Jojo Sutherland, Mark Nelson, Vladimir McTavish, Bruce Fummey and Keir McAllister. Without doubt, one of the best value nights at the Festival. 'Stand-out stand-up' (RipItUp.com.au).