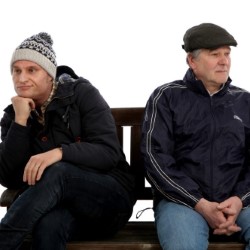 Award-winning comedian Scott Bennett - 'Naturally hilarious' **** (BroadwayBaby.com), 'Observational comedy with everyman appeal' (Steve Bennett, Chortle.co.uk) - presents his eagerly awaited debut show. Roy, his father, is the ultimate Yorkshireman. In a show packed with hilarious jokes and stories, you'll learn all about him - from family holidays, to his novel approach to visiting a Sunday carvery. One of the fastest-rising stars of the stand-up circuit, and an English Comedian of the Year runner up, Scott is a Yorkshire livewire with undeniable no nonsense logic.

Award winning comedian Scott Bennett presents his eagerly awaited debut stand-up show. Roy, his father, is the ultimate Yorkshireman. In an hour packed with laugh-out-loud jokes and stories, you'll learn all about him; from family holidays to the etiquette of an all you can eat carvery. It's a wry and witty look at the relationship between father and son, which many could relate to.

An established act on the comedy circuit, Scott is in high demand from many of the big weekend comedy clubs. His engaging stage presence and captivating delivery has been delighting audiences across the country.

Nominated for best new show at the Buxton Fringe 2014, come and see for yourself and learn all about the man, the legend, Mr Roy Bennett. Sunday dinners, bin day and family holidays will never be the same again.