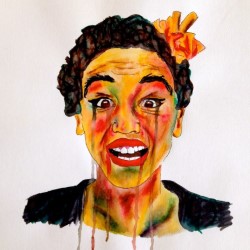 Having survived the catastrophic pile-up of her love life, Scarlet sings darkly comic tales of falling hard, for anyone who's been unlucky in love - or wants to laugh at someone who is. Scarlet Shambles is the creation of musician and performer Charmaine Wombwell, who trained in physical theatre at LISPA. Her work is influenced by the dark clown, love, music and the hilarious desperation of heartbreak. Credits include Vertebra Theatre, Deafinitely Theatre, Champion of the World (Film4), and she is the voice of Aimee in Magic Hands (CBeebies).