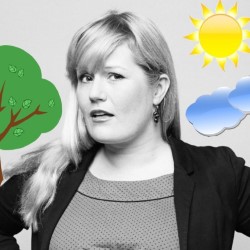 A new stand-up and character solo show by the London-based Melbourne comedian and host of Storytellers' Club. 'Self-deprecating, dark, honest and genuinely funny. One of the most enjoyable and original shows I've seen this year. It had me laughing out loud more times than I could count. A solid hour of laughs, it culminates in a truly epic finale' ****½ (Advertiser, Adelaide). 'A sophisticated mix of stand-up and character comedy, Bennetto succeeds in harnessing the full power of an instinctive comedic mind' **** (Fest, Edinburgh). **** (RipItUp.com.au).