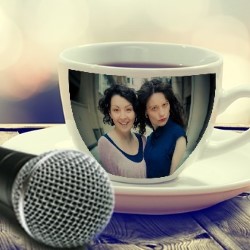 Funny Women Finalists 2014: Sam Baines and Helen Sorren bring you a selection of the best comedians at the Fringe. A super-sized cup of comedy with TV names as well as the very best new comedians. Join us for some late night laughs! 'Sam and Helen are bloody hilarious' (Larry Lamb). 'Hilarious' (BroadwayBaby.com).