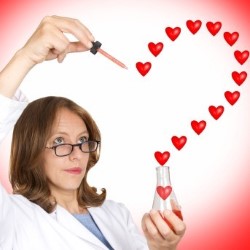 BBC Radio 4 regular revamps award-winning investigation into the science of attraction, which she was invited to perform in New York in 2013, incorporating some new ideas and highlights from her more recent piece Is Monogamy Dead. Sell-out show Camden Fringe, Cambridge Science Festival, Green Man. What makes us gay or straight? What are pheromones? What is the scientific origin of kissing? 'A whole host of laughs' **** (One4Review.co.uk). 'Utterly charming' **** (Buzz). **** (Skinny). 'You will fall for Wilby's show, no matter where you sit on the Kinsey scale' **** (ScotsGay).