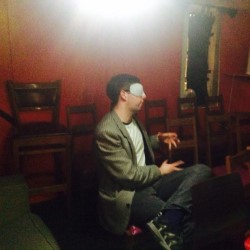 I'll be trying to be funny. 'Commanded the audience ... a true Fringe experience' (BBC Arts Extra). 'At the top of his game ... thoughtful and condensed, the silly and the cerebral' (Culture Northern Ireland). 'Super sharp ... a talent to watch' (Belfast Telegraph). Ronan has been performing stand-up for four years and has supported such luminaries as Tony Law, Isy Suttie, Brendon Burns, Eleanor Tiernan, and Aisling Bea. He's gigged in clubs such as The Stand in Glasgow and Edinburgh, Josie Long's Lost Treasures of the Black Heart, and Bec Hill's Pun Run.