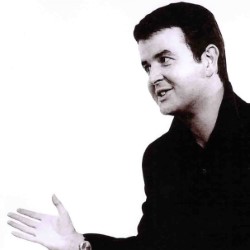 An audience with Rodney Bewes... who? Star of BBC's The Likely Lads tells how, after an unlikely start, he was drawn into hilarious life adventures on the screen and stage. The story of a working-class boy from the North who washed-up by night to fund studying at RADA. In his own words, Bewes describes his laddish behaviour in swinging London with the biggest stars of the day such as Ralph Richardson, Sir Laurence Olivier and Raquel Welch, to name but a few. Find out how Bewes climbed Big Ben to hang knickers!