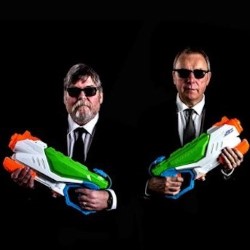 Rod Hunter and Les Sinclair, two of Scotland's more mature comedians, return for a fourth year with their Old Men show, for a longer run after last year's full houses. In 2014 Rod and Les got their bus passes and now they are doing everything possible to avoid being part of Scotland's demographic time bomb. They will be joined by the occasional guest and perhaps an alien or two. You won't need a neuralyzer after a fun filled hour in their company. 'Refreshing energy' (BroadwayBaby.com).