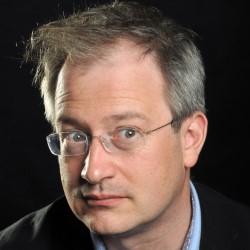 Robin questions the limitations of his mind and maybe yours too. Possibly a show about art, possibly a scream against TV, maybe some science too, nothing is certain except that Robin will energetically release whatever has been sitting and jiggling about in his mind. Presenter of the BBC Radio 4 science show The Infinite Monkey Cage with Professor Brian Cox, he tours solo shows and produces live shows such as Carols for Godless People, The Book Club and Uncaged Monkeys. Sony Gold award winner. Three times Chortle award winner. Time Out Outstanding Achievement award.