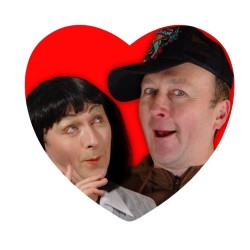 Robin Cairns is famous across Scotland for his riotous band of characters. Here he tells how Morningside Malcolm's daughter falls for a member of the kebab-nibbling community. Two cultures clash. Will love survive the smell of square sausage, the glare of hi-viz tracksuits, the Buckfast-fuelled antics? How will her respectable family cope? And how did the Ned's gangster father manage to gain control of Edinburgh University? Trust Malcolm to restore order! What they've said about Robin previously - 'a wee gem of a show' (FringeReview.com).