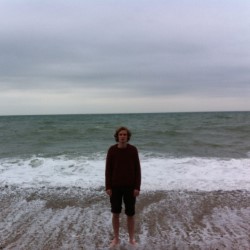 The Water Show is a show about water. The water show is suitable for anybody who has seen, heard, touched or tasted water. Having explored the colour yellow in 2012's The Yellow Show, the sky in 2013's The Sky Show, faces in 2014's The Face Show, Rob now turns his attention to water with 2015's The Water Show. 'That's just sad' (Vanessa Feltz). 'Poetical, philosophical, humane and funny to boot' (Guardian). 'We need him' (Scotsman). 'Charming, eccentric and uplifting, Auton is a talent to watch' (Independent).