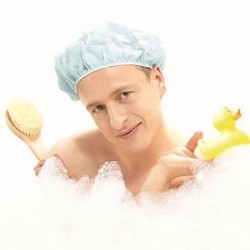 Like all great people (Whitney Houston, the Romans) Harry loves a bath. But when his wife, Sarah, is mysteriously bludgeoned to death, Harry keeps getting dragged from his bubbles by people - showerers, usually - who think he did it. A thrilling new dark comedy about when the love goes cold but the bathwater is still hot. From comedy theatre writer and performer Richard Purnell. Directed by Kellie Tori. **** (BroadwayBaby.com). 'Unmistakable quality' (FringeReview.co.uk).