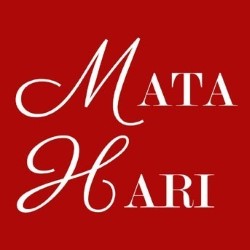 'They've done it again! The champions of the parody musical genre are back!' (TheatreBlogOnline.blogspot.com). Punchline Theatre returns with Mata Hari - The Musical, a reimagining of the life of the infamous exotic dancer, femme fatale, and alleged spy in an upbeat and hilarious new musical. Seductions, secrets, spies, singing, silliness. It's Horrible Histories meets Jerry Springer the Opera! 'Near-faultless ... should be commended for its comedic and historical value' (EdFringe.com review of Guido!). 'Theatrical and comedic brilliance in its purest, most unashamed form' (EdCringe.com on Jack and I).