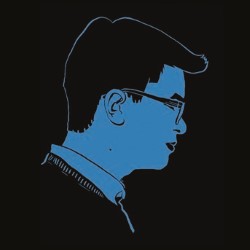 Wang, 'master of the intellectual dick joke' (Time Out) returns with another cracking hour if he's being honest. Whether it's race, family, love, satire, or sex - this suave dork is full of surprises. As seen on Russell Howard's Stand-Up Central (Comedy Central) and The John Bishop Show (BBC One). 'Certain belly laughs' **** (Sunday Times). 'Exceedingly funny... One of the most gifted young comedians to grace the Fringe' **** (Skinny). 'An intelligent, attuned observer... A lovely comic to spend an hour with' (Scotsman). 'Brilliant... His technique is flawless, his observations astute' (Chortle.co.uk).

Award-winning stand-up comedian Phil Wang returns to the Edinburgh Festival Fringe with a month long run of his brand new show Philth. Masking an inner angst with a wry outlook and laid-back demeanour, this suave dork has turned to Mindfulness to address the complexities of modern living with his most introspective hour yet. Streaming between conscious thought and the inner workings of actuality, join Phil as he explores race, family and love in his bid to achieve a healthier state of mind.

Since performing his acclaimed show Mellow Yellow at the Fringe last year, Phil is quickly becoming established on the airwaves and most recently performed on The John Bishop Show (BBC One) and Russell Howard's Stand-Up Central (Comedy Central) and has landed a starring role in a new BBC Three sitcom Top Coppers which will be broadcast in September. Other television and radio appearances include: The Rob Brydon Show (BBC Two), Three at the Fringe (BBC Three), Fresh From the Fringe (BBC Radio 4), Comedy Live Lounge (BBC Radio 1) and The Comedy Club with Diane Morgan (BBC Radio 4 Extra).

On stage, Philth will be Phil's third consecutive show at Edinburgh festival. Beginning to make a name for himself internationally, Phil was invited to perform at the Montreal Comedy Festival in July 2014 following his debut solo show Anti-Hero and the Melbourne Comedy Festival in March 2015 subsequent to his second hour Mellow Yellow.

In 2010, the engineering graduate and former President of the Cambridge Footlights won the Chortle Student Comedian of the Year Award which was followed with winning Comedy Central's Funniest Student Award in 2011. He joined George Fouracres and Jason Forbes on the Cambridge Footlights' International Tour Show Perfect Strangers in 2012, during which they formed their now unbreakable mental and emotional bond in sketch group Daphne. Although the three comics have been writing together on-and-off for a couple of years now, the group was made official in 2014 and since has won numerous accolades, including the Best New Act award at the London SketchFest Competition 2015. Daphne will perform their debut hour at Edinburgh festival this August.

Phil is mixed-race, with a British mother and Chinese-Malaysian father. He grew up in Malaysia, in a close-knit Chinese-Malaysian family, attending Chinese school as a child. His stand-up often explores his Chinese heritage, and the West's perceptions of Chinese people and culture, without veering into clichéd approaches to racial material.