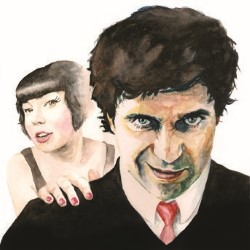 From the producers of Edinburgh award winning The Wrestling! Phil Nichol, his trusted side-kick award winning Bec Hill, and a world-class house band all the way from Nashville will deliver a knock about, fun, fast and furious comedy cavalcade complete with big name surprise guests and some musical amazement drawn from the best of the best at the Edinburgh Fringe 2012. This will be a must see show!

Phil Nichol was recently seen playing Mark in Sharon Horgan and Rob Delaney's hit Channel 4 sitcom Catastrophe and as Jerry in the award-winning BBC Three show Uncle. Later this year, he'll appear in Siblings and was recently seen playing Terry Gilliam in BBC Four's BAFTA nominated Holy Flying Circus. Phil has won numerous performance awards including the 2005 Stage Award for Acting Excellence (The Zoo Story), the 2006 Edinburgh Comedy Award (Phil Nichol: The Naked Racist With His Band The Shitsticks) and most recently a Scotsman Fringe First for the monologue Somewhere Beneath it All, A Small Fire Burns Still (2011). Phil has starred alongside Christian Slater in One Flew over the Cuckoo's Nest, Boy George in Taboo and Bill Bailey in the fringe hit Twelve Angry Men, which also toured the International Festivals. Trained as an actor at the School of Dramatic Art in Winsdor, Ontario, Phil is also a screen writer and musician with three comedy albums and a non-comedy album (release date in July 2015).