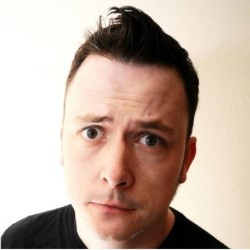 Paul Savage can't sleep. It's been 20 years, and insomnia is turning him into a lunatic. His sleep-deprived mind subjects him to ludicrous, pointless and insane ramblings. 'Genuinely brilliant. An all round hoot' (Guardian).

Paul Savage has spent a lot of time thinking about this show. Mainly at 3am, whilst staring at the ceiling. He is struggling through life without one of its most vital components... Sleep.

What do you do when your nights become days and your days become a re-enactment of some of the dodgier scenes from the Living Dead films? Well, in Paul's case you put off crying about the futility of everything to pull the jokes from the burning wreckage of your REM sleep.

We're always told to live our dreams - and in a way that's exactly what Paul is doing - unintentionally. You or I may question if something actually happened, or if we dreamt it. That's a luxury not afforded to Paul.

How do you get through life when there's no breaks, no rest even if you're decidedly un-wicked, and your bed becomes your worst heckler? Well... you try to shut that heckler up by pulling together the funny bits of the darkest hours and turning them in to an Edinburgh show.

Tired and Emotional is a show about how to cope with sleepless nights, how to survive when your own waking mind is your biggest critic, and who to turn to when a Faithless lyric is your theme song.