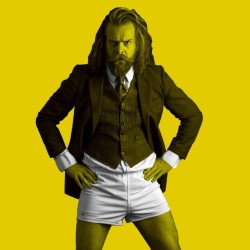 Paul Currie returns to the Edinburgh Fringe with his anarchic, bread-filled 2014 masterpiece Release the Baboons after a triumphant run at Adelaide Fringe. Enter a comedy sweat flume of mime puppets and crowd participation on an epic scale. A one-man Monty Python on acid. 'Currie is unique, outstandingly charismatic and utterly original... A new standard has been set for the Fringe' ***** (Skinny). 'My favourite comedy show of the Fringe 2014' (Stewart Lee).