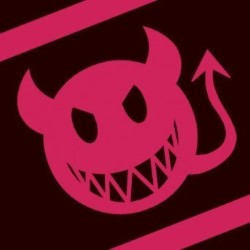 What makes the Oxford Imps special? They stop at nothing to ensure that every audience member is having as much fun as they are. Tirelessly attacking the stage with infectious enthusiasm, these 'living legends' (ThreeWeeks) play games, sing songs, and tell stories in a variety of styles, from Broadway musicals to Bond films to Shakespeare plays. Each 'devastatingly funny' (EdfringeReview.com) performance is a wholly original blend of clever, family-friendly, Whose Line Is It Anyway?-style comedy. There's something for everyone at this party. 'There wasn't a dull moment' **** (BroadwayBaby.com). 'Bright and brilliant' **** (FringeReview.co.uk).

Edinburgh veterans The Oxford Imps return after more than a decade at the Fringe! One of the most popular improvised comedy shows at the festival year-after-year, you can count on the Imps to always be feel-good, fast-paced and family-friendly.

Made up of Oxford locals and university students, the Imps return to their home at the Gilded Balloon with their multiple sell-out show. Based entirely on audience suggestions, the quick-witted cast spin everything from sparkling Broadway musicals to devilish James Bond mysteries out of thin air, not to mention sharp one-liners galore, breath-taking freestyle rap and their signature improvised Shakespeare plays in this high-energy and hilarious Whose Line Is It Anyway-style improv bonanza.

Far from being an amateur student group, the Imps are a professional company that is a breeding ground for top comedy talent. Recent members blazing a trail include Joseph Morpurgo, Ivo Graham, Rachel Parris, Chris Turner, Robin & Partridge, Racing Minds, Morgan & West and members of Chortle Award-winners Austentatious. Come and spot the stars of the future before they make it big!