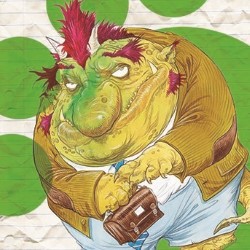 Two terrible twins with a talent for turmoil rule their school with terror and tyranny, until the arrival of a new head teacher with green scaly skin, sharp fangs and a long spiky tail... Can the twins save the school from the child-eating Troll? Can they get Brussels sprouts in peanut butter taken off the menu? And most importantly, can naughtiness prevail? Be outrageously entertained in this colourfully comic show from the writer of West End hit, Matilda the Musical. For ages 7+ and their accompanying trolls (or parents). 'Comic perfection' **** (Times).