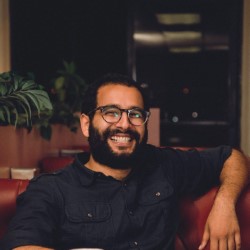 Omid Singh is an American touring stand-up comedian, based in Los Angeles. Raised in a multicultural family (half Indian, half Iranian), he has lived in more than a dozen different cities across two continents. From the suburbs of Orange County to Texas to Dubai, his unique upbringing - and rapidly growing facial hair - have influenced his comedy, making him a diverse performer who enjoys connecting with every type of audience.