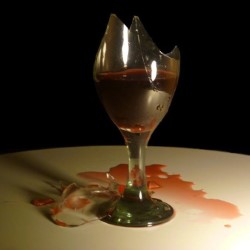 'Did you know that the German word gift means poison? It used to mean present - like in English - but then people started using it sarcastically.' A group of friends have organised a birthday party for their former abuser. Their intentions are less than benign. In the emotional turmoil running up to midnight their relationships are strained beyond breaking point. A fast-paced black comedy about revenge and the attempt to escape the past.