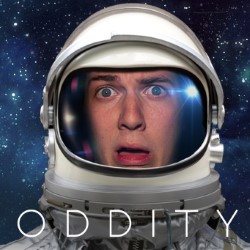 Gravity. Interstellar. 2001. What do these films have in common? They're made by visionary directors and they're not particularly funny. With stunning 3D actors and minimal special effects, this three-hand comedy is sure to be the complete opposite. Created through a devised process, this performance follows three astronauts as they hurtle through deep space. A perfect comedy to accompany a late night drink.