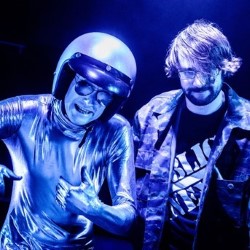 Now Listen to Me Very Carefully is a semi-autobiographical piece about Andy's obsession with the film Terminator 2. He's watched it roughly 238 times (and counting); which is about a month of his 29 years. He knows it pretty well. Terminator 2 was all he had to guide him through adolescence... so using stand-up comedy devices, storytelling, audience participation, Andy (and his best mate Jim) will transport the audience back to that delicate age when girls were a mystery, make-believe was everything, and the future was yet to be written. ***** (Scotsman, 2011).