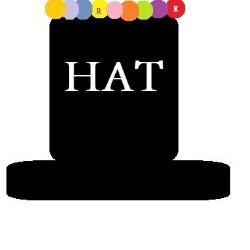 #comicreliefwesternphilanthropiccolonialismandpoliticalantipathyinrésistanceanupdatedanalysisofthecomediesofidentityinpopularculture. Lenny Henry ignored me when I tried to meet him backstage in 2011. This show is my coming to terms with that incident. I'll talk about Zimbabwean politics, representation in the mainstream British media and Keith Chegwin's Naked Jungle (obviously). I'll also be talking to you, the audience, so join me, Norm, for some light and/or heavy comic relief. There are some jokes in there somewhere - let's get that hashtag trending.

Vapid charity institutions represent the inherent biases within the British media machine... or do they? Norm Rocher's debut stand-up comedy show pits him as the ultimate outsider - targeting the self-perpetuating liaison between the media establishment, the comedy establishment and well, the establishment - arise Sir Lenny. Wearing Lenny Henry's old Comic Relief outfits which he bought off eBay, Norm attempts to make sense of mainstream comedy's relationship with politics, ensuring nobody's sensibilities are left unchecked, even his own.

Inspired by the moment Lenny ignored Norm backstage at the Leicester Comedy Festival in 2011 and, like Eminem's Stan, the following four years has seen him trying to make sense of that moment. There's a lot of shouting, a couple of knock-knock jokes and talk about Zimbabwean politics, representation in the mainstream British media and Keith Chegwin's Naked Jungle (obviously).

Norm Rocher is formerly a performer of improvisational comedy in London and for the past two years has been performing on the open-mic scenes in South Africa and India in various different guises. I Hat Lenny Henry is his first full show in the UK and it comes with the hashtag:
#comicreliefwesternphilanthropiccolonialismandpoliticalantipathyinrésistanceanupdatedanalysisofthecomediesofidentityinpopularculture