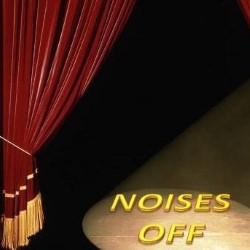 The hilarious classic theatre comedy from renowned author and playwright Michael Frayn. We travel with a touring theatre company as they begin performing their archetypal farce, Nothing On, in Weston-super-Mare. Has the set been put up correctly? Have the actors rehearsed enough? What happens to a show when the leading actors fall out? As the tour progresses, their many theatrical and personal problems become inextricably and riotously intertwined as they hurtle towards the tour's end in Stockton-on-Tees...