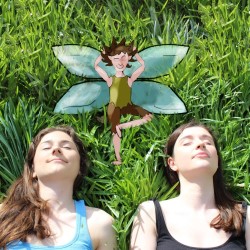 Shakespeare's classic comedy, as you've never seen it before. If The Bard wrote a romantic episode of Scooby Doo, it would probably look something like this. Ele Overvoorde and Georgie Matthews are graduates of the University of East Anglia, with five Fringe runs under their collective belt. For 2015, this energetic pair presents an ambitious production of A Midsummer Night's Dream, for the delight and amusement of all. Overvoorde and Matthews exploit Shakespeare's befuddling comedy, combining slapstick action, music, dance and puppetry to create a performance you won't want to miss.