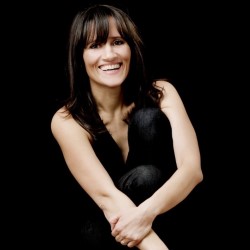 Nina has won a British Comedy Award, stormed Live at the Apollo, and made a BAFTA nominated film. Nina began her career at the Royal Shakespeare Company, before the genius and anarchic theatre director Ken Campbell inspired her to become a ventriloquist. She has won the prestigious Barry Award at the Melbourne International Comedy Festival for Complete and Utter Conti and Talk to the Hand had sell out seasons in Edinburgh, London, Melbourne, Sydney and New York. She talks with Olly Double curator of British Stand-Up Comedy Archive.