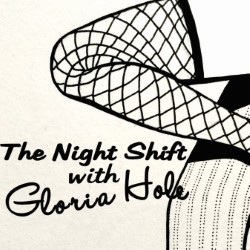 Loud, crude and primarily drunk, Gloria Hole has been entertaining crowds of boisterous gays for 27 years. She's survived the Eighties, comedowns and the odd vicious queen. But what the heck does an ageing drag queen do when it's time to hang up her heels? And where on earth do drag queens retire? A blend of comedy, song and storytelling combine to take you on one hell of a trip but without too much of a comedown.