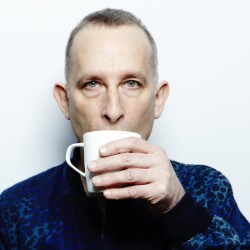 Returning to The Stand after last year's Closet Optimist, Perrier Award nominee and Fringe veteran Nick Revell continues to mix satirical comedy with surreal storytelling, in a show which promises to be his finest to date. 'An impressive, hefty hour of political comedy' (LondonIsFunny.com). 'An expert in delivering thought-provoking, political satire, combined with a strong delivery and great stage presence' (Edinburgh Festivals Magazine). 'A master at work' (Bruce Dessau). 'Consistently excellent' (Guardian).

Nick Revell's new show and his performance of it is gaining poise and assurance with every preview. He is now even capable now of writing press releases in the third person without feeling forced to add a sly self-deprecating nod to acknowledge this.

There's a lot of belly laughs within the predominantly satirical routines, and perhaps more importantly, the venue is fitted with state-of-the-art air conditioning. A satirist railing against climate change in those conditions is surely a piece of ironic performance art in its own right.

Some people have asked if he's worried the title might get him into trouble. Revell believes calculated risks are important: after all, he did go on stage at the Glasgow Stand on election night this year, and told the audience he had voted Conservative. Some people bungee jump, or go white-water rafting for the thrill. But nothing yet has come close to the adrenalin rush, he says (in an exclusive interview with this writer) to the icy silence which ensued before he broke it by adding he really voted UKIP.